It is a set of machine that continuously transports concrete liquid along the pipeline by powerful pressure, mainly used in housing construction, bridge and tunnel construction.

At present, ready mix pump is mainly divided into gate valve pump and S valve pump. In order to improve the mobility of concrete transfer pump, the pump body is generally installed on the chassis of a trailer or a truck. And then equipped with a set of pipeline or a retractable boom to form a mixer pump trailer or a boom pump truck.

When the concrete piston 2 retreats to the end of the stroke, the reversing device in the water tank is triggered. The main oil cylinder 1 is reversed, and the swinging oil cylinder is reversed. 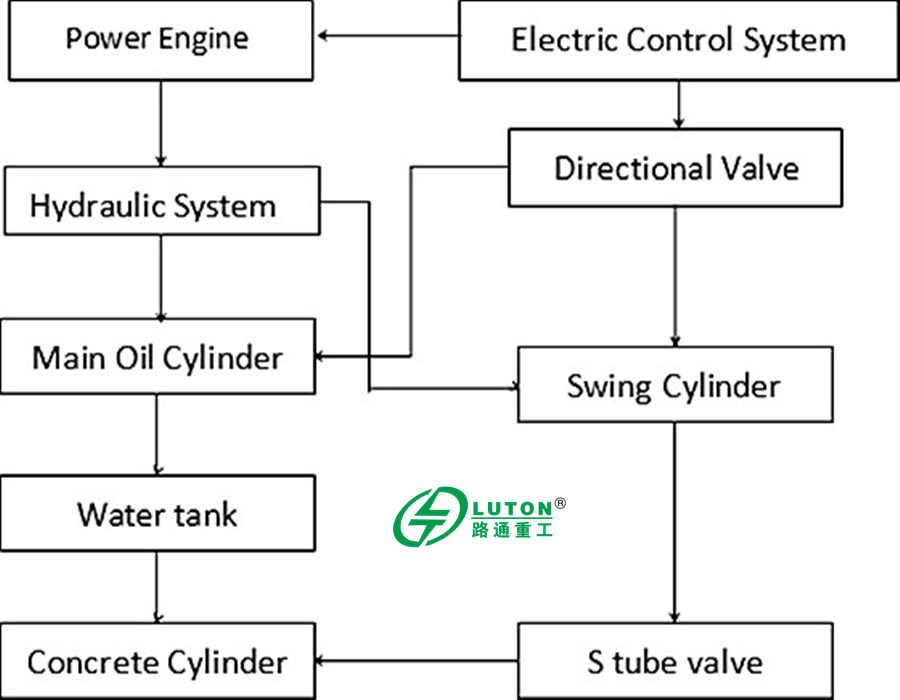 (Click here to get more details on concrete pumps.)

Next, this article will briefly introduce the application of PLC programmer in concrete pump by taking Siemens S7-200 Smart PLC as an example.